It will come as no surprise that the no/low alcohol trend has gained momentum over the last decade. Until recently we viewed these choices as general trends, but they should now be seen as behaviours that are part of a generational change.

Generation Z (born 1990s – early 2000s), as well as Millennials (1981 – 1996) have started to reduce their intake of alcohol as a conscious lifestyle choice. The most recent ONS figures revealed that around two in five Gen Zs are now teetotal.

So, why are these generations taking this stance on alcohol?

There are three main elements behind it:

And what is the industry doing?

The hospitality industry has started to capitalise on this change, in fact the sales of low/no alcohol beer are up 28%, with non-alcoholic spirits up an impressive +400%[1]. However, businesses understand that a large proportion of people still want to consume and enjoy alcohol, just in a more controlled way.

We have started to see the phrase “no/low” used everywhere within the industry, but let’s delve into what it actually means to the consumer. For one person, it may be a drink that is 1% alcohol, for another it may be 5% ABV. There is currently no quantifiable consumer understanding of what ABV really means. 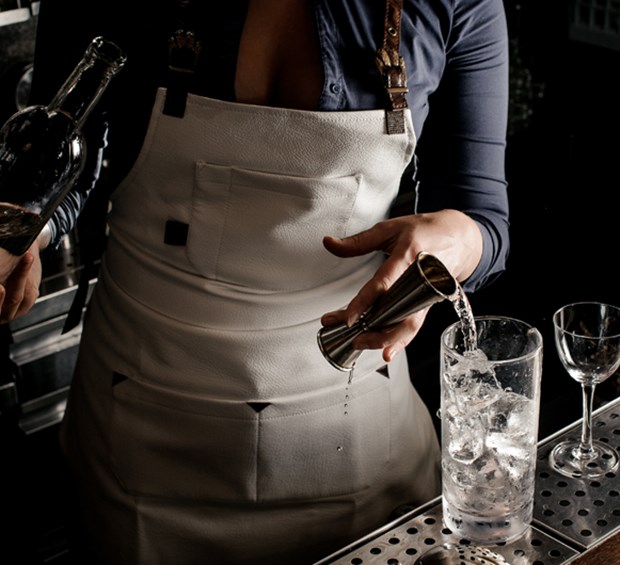 Because of these issues, Hedonist, a specialist cocktail bar based in Leeds, wanted to create a way of offering low alcohol containing drinks, but in a quantifiable and understandable way. In a world where almost everyone counts every calorie they consume thanks to the ‘MyFitnessPal generation’, they looked at how you can count alcohol.

They have now launched 'Project One', a menu where all of the drinks have been created to be exactly one unit of alcohol as defined by Public Health England. It means that people who try the menu can still enjoy an exciting alcoholic drink while precisely monitoring their alcohol consumption.

Although the alcohol levels on the Project One menu are kept low, how do they go about keeping the characteristics and flavours of the base spirits? It all comes down to the chosen spirits. Through their blind taste testing, they have found gin and mescal to have the most distinct flavourings. With these spirits, brand defining flavours come through, even with a small amount.

In terms of the soft drinks to pair with your flavoursome spirits, Hedonist has found that those containing less sugar will carry the flavour through the most as they are don’t overpower the spirit, but complement it instead.

Since creating and testing the drinks, Hedonist has seen an influx of people ordering the Project One selection. The bar has also seen an increase in custom mid-week, which in Leeds isn’t as common as larger cities like London and Manchester.

Tap into our resources and help your sensational drinks business grow.

This website uses cookies, which are text files placed on your computer. Some of these are essential to the site’s operation whilst others analyse how visitors use the site. These cookies are set by default but you can disable them or view more information about how they are used here.